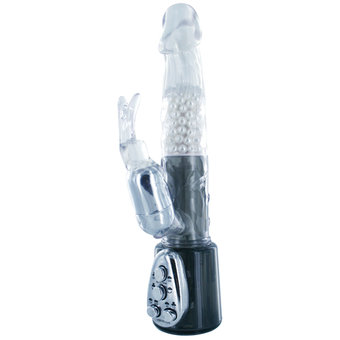 Mr Big is named after its size and this is the focus of this particular vibe. It has a 6.25 inch insertable length and 4.6 inch girth. The overall size is pretty big as the total length is 10 inches but 6.25 inches isn’t massive. Some cheap rabbits come in at 6 inches of insertable length (for example the Jessica Rabbit or the Passion Rabbit that are available for around a tenner!). The extra .25 of an inch though may make all the difference though…we guess…

On top of that the girth is 4.6 inches which isn’t very big at all if compared to other vibes. As mentioned about both the Jessica Rabbit and Passion Rabbit available from Bondara have an approximate girth of 4.7 inches!

This is almost an essential in a standard rabbit. Rotating beads give wonderful internal pleasure.

Only having 2 speeds, this seems a little disappointing, however despite only having 2 options it has great reviews on power. So basic controls do not necessarily mean you won’t get much bang.

The controls are straight forward on this one. There are 4 buttons: on/off, speed (high/low), rotations (on/off and direction).

Mr Big is made from skin safe rubber and is phthalates free.

This one is only splashproof so you can’t take him in the shower with you.

Some of the positive reviews for this one were also from First Timers:

“My first time buy and I was not disappointed. A little scared of the name but bought it anyway and it is ahh-mazing. Sorry hand you’re out of the job.”

“This was my first rampant rabbit purchase and at first I was a little intimidated by the look of it – but I needn’t have worried, he’s very friendly!…”

So despite its supposive size which would indicate a better audience to more experienced users; it would seem this one is great for beginners.

Some customers loved the fact you could change the direction of which the beads rotated.  Changing back and forth the direction can be a great way to enliven a session and add more sensation.

Many liked the simple to use buttons.  The buttons are fairly big too making it easy to press while using.

“The vibrations were very powerful and hit all the right spots!”

“…vibrations are really powerful after having this for a year. The vibrations seem to rapidly increase without touching a button think. It’s faulty now. Not that I’m complaining about extra fast vibrations…”

The power of the ears were praised frequently throughout the reviews.

“Two speeds for the ears. I find the lowest setting is plenty strong enough unless you want to be blasted off into space”

The rotating head was a great feature for many.  The rotating shaft/head is always a popular choice when it comes to the rampant rabbit.

“I loved the rotation on the head of the toy, as it reached all the right places and can be set to however you like it best.”

Many customers liked the size and found it to be just right, rather than “Big”.  However if you are buying this as a result of its name and thus its size it might be worth considering both viewpoints for this.

“Was slightly wary at first as this product was named “Mr Big”, however found that Mr Big was the perfect size.”

“The shaft is just the right size and remarkably similar to my man’s own equipment, which makes me even happier as I can pretend it’s him when we’re apart! Sorts out sexual frustration for sure. It wasn’t too big as I feared it might be, and it’s fairly lightweight considering the size.”

Long soft ears were a wonderful surprise for many.

When looking at the specifications compared to other (cheaper) rabbit vibes on the market, it isn’t impressive. Its suppose to be! Its advertised as big and although it might look it, what you have for insertion really isn’t. Many customers agreed with these observations. Some said that its thin too!

“It’s not a big rabbit, it’s a small one, feels really tinny and poor quality…It’s noisy and too narrow….”

“I thought given the name it would be big but it wasn’t, it’s actually smaller than her other one…”

The ratings for quietness are low. The majority of customers rated this quite poorly when it came to sound. Many customers really disliked the noises it made as well as how loud it was.

“…When using it alone, the sound it makes doesn’t particularly bother me, but my husband finds its mechanical sounds to be off-putting.”

“It is noisy, much more than our other rabbits, but the chances are if you are using a rabbit you are not aiming for quiet, so didn’t bother us.”

“did find the rotating balls to be a little noisy, I’m not too sure if I’d use it if I had flatmates.”

“I found it noisier than my other rabbit…”

“I was surprised by how noisy it was, but was reassured that it was no noisier than a shaver when stood several feet away.”

The Power seems to be lacking for many, which isn’t surprising when it only has 2 speeds: high and low.  So this is more down to individual preferences as they are both positive and negative reviews for it.

“The rabbit ears were no way powerful enough for clitoral stimulation…”

Quite a few customers found the ears to be too long.

“The vulva to clitoral measurements for the ears look like it was made for a giant Amazonian woman. It’s too far away and I had to keep pulling my clit up to it, which still didn’t work.”

“The vibrations however were the big drawback to this. For someone that needs a lot of buzz, this might not do it for them, as it didn’t really do it for me, not the way I like it anyway. It’s almost like it could do with that one more speed setting, then this would be perfect.”

“…my only criticism would be on the ”rabbit” part. Even on high seed vibrate, I don’t find the vibrations strong enough to bring me to orgasm, and ended up finishing off with my old bullet vibe…”

Some people just found the rotating beads to not do much for them and really a pointless part of it.

“The oscillating bead thing seemed like a gimmick – well it didn’t do anything for me at all.”

“The beads and rotating head did not make much of an impression….”

“the beads and rotating head didn’t make much impression, but could be a nice-to-have extra for a change later”

Some customers found that because the buttons were big, that they kept knocking them off while using.  There is also the issue of it accidentally turning itself on so its not something you want to be travelling with unless you remember to take the batteries out first!

“…the way the controls are placed it is very easy to inadvertently turn it on so you wake up in the middle of the knight wondering what that buzzing noise is in your bedside table drawer….”

“We found the controls easy to use. However, as they are just on/off buttons, we found it easy to accidentally turn one off when we were really going for it, not a massive problem, just need to be more careful.”

A couple of reviews state that the batteries got used up pretty quickly so you need to have plenty on hand.

“I found it ran out of power fast, needing 4 batteries at a time.”

From what we can determine, it seems that Mr Big doesn’t really live up to his name but is a perfect rabbit vibe for beginners as it has simple to use controls and the size isn’t as extreme as it should be.  Alternatively though we think there are much better alternatives available. 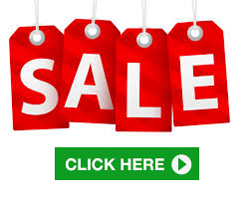 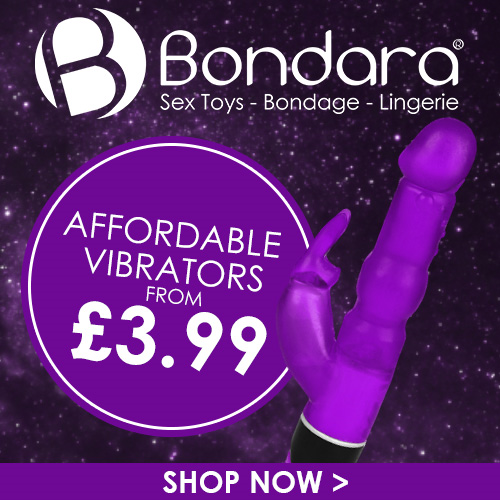 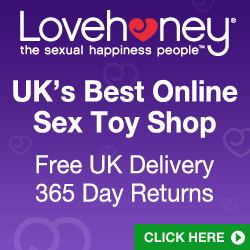